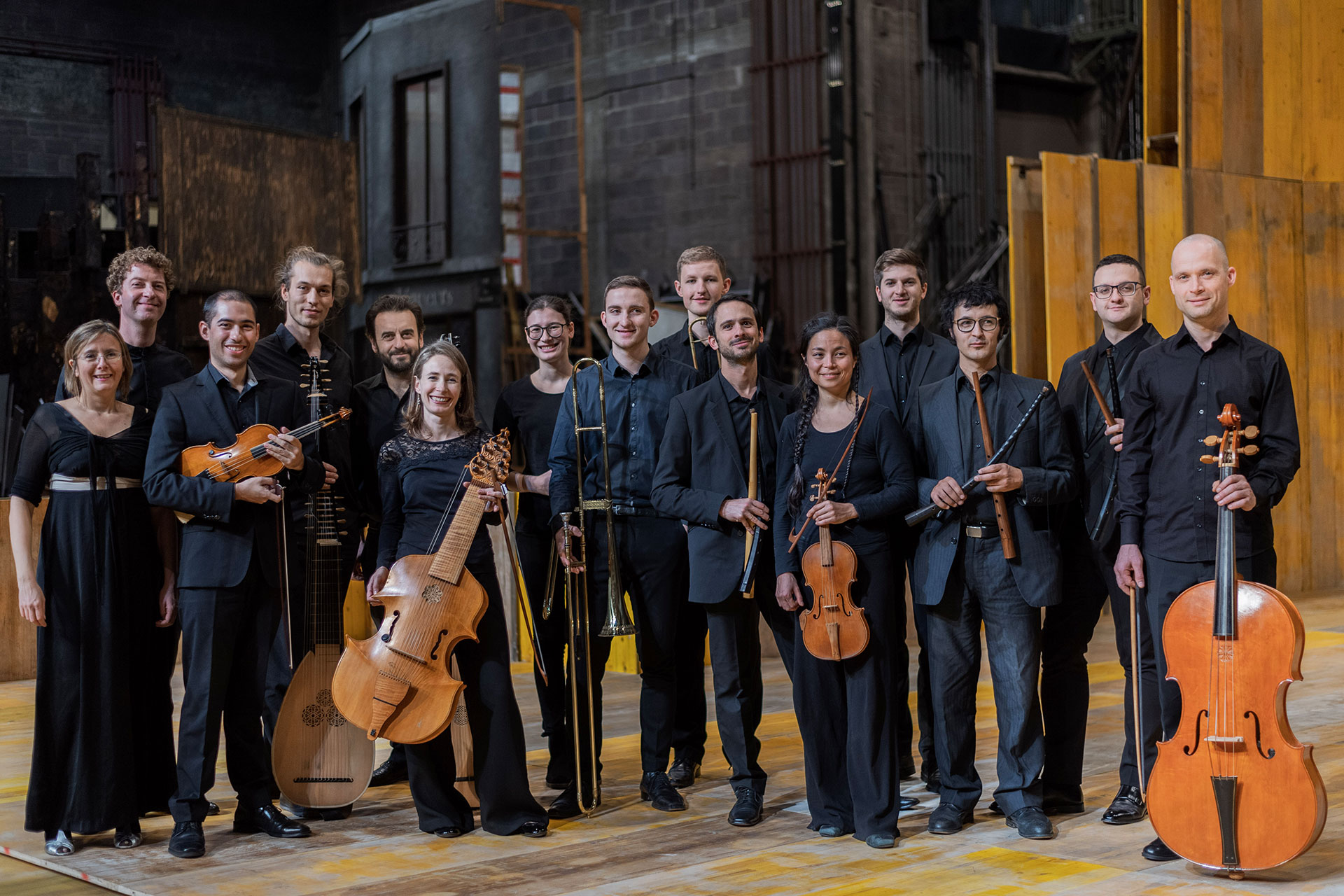 “Lively, cheerful and perfect” – that’s how the Frankfurter Allgemeine Zeitung described il Gusto Barocco ensemble on the occasion of their residency at the Ansbach Bach Week as festival orchestra. The Baroque orchestra, founded in Stuttgart in 2008 by Jörg Halubek, conductor, harpsichordist and organist, is made up of leading international virtuosi of the younger generation; they have committed themselves to making the current state of research audible in their music performances.

Depending on the repertoire, the early music ensemble, valued by critics, can be heard as either chamber music ensemble or large orchestra. Musicians from an established group come together for the different projects; rooted in the music-making tradition of the Schola Cantorum Basiliensis, they are linked by a long-term musical familiarity. Reading the text of the music “similarly” opens up possibilities to rediscover creative freedoms in the scores, thus inspiring audiences. The core of the repertoire is the music of the 17th and 18th centuries in all its facets: the forgotten musical culture and language of music-making of the Baroque era comes to life again in concert, opera and church music on historical instruments. It is intended that il Gusto Barocco’s projects will serve as a platform to integrate current research findings into performance practice.

In 2020, il Gusto Barocco will place Georg Friedrich Händel centre stage three times. We will kick it all off with the rediscovered opera Cleofida – Händel’s opera Poro in an arrangement with German-language recitatives by Georg Philipp Telemann at the Early Music Days in Herne. In addition, a series is in planning with secular cantatas by the young Händel and Italian contemporaries that starts off with the “Love & Madness” programme, as well as concerts focussing on Händel’s works in arrangements by Telemann, Johann David Heinichen and Johann Mattheson. By approaching these contrafactum works, il Gusto Barocco would like to take a look in the years to come at this essential component of the Baroque musical world, largely ignored until now in today’s concert repertoire. In 2020, Il Gusto Barocco will continue the Monteverdi cycle they began at the Mannheim National Theatre in 2017 with Orfeo.

Highlights of recent years have included the residency as festival orchestra at the Ansbach Bach Week, the premieres of Heinichen’s Flavio Crispo (2016) and Giuseppe Antonio Brescianello’s opera Tisbe (2012). The two premiered operas Flavio Crispo and Tisbe were released by cpo (2014 and 2018) and highly praised by the media. Opernwelt remarked on Flavio Crispo: “Its founder and leader Jörg Halubek has, like no other of his German colleagues, a spirited theatrical sensibility”, and Concerto praises the “careful shaping of slow tempi and their accompaniment, which feel like an improvisation.” The Stuttgarter Nachrichten described the Tisbe orchestra as “extraordinarily agile, differentiated“ and kulturradio rbb confirms: “what a sensual, transparent, flexible ensemble!”